Quotes from our conversation

A tip to increase the effect of coaching conversations over the phone. 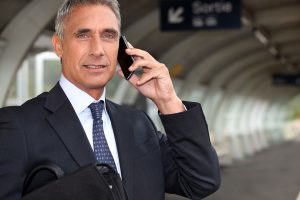 I was waiting for a train when my phone rang.  “Have you got 5 minutes for a quick chat? There’s something I’d like to talk through with you,” asked one of my clients. ‘Sure, go ahead,” I replied.

The conversation turned into a short coaching session about how to approach a potential internal promotion. I asked my client about the reasons he was so attracted to this new role.  He gave me a list of factors.  He sounded more excited than ever before.  He decided on his strategy and the call ended.  Something was niggling me though, the session didn’t seem complete.

I remembered that my coaching training (expertly led by Jenny Rogers, a leader in this field) had included an exercise where the client talks and the coach writes down key words as they are spoken.  The client then reviews the words and draws their conclusions from what their own words tell them.  My intuition told me that it would be useful for my client to see the set of key words he’d said to me over the phone.   But, because the train had arrived, I couldn’t send an email yet. I decided to text him instead.

“Quotes from our conversation…” began my message.

“Thanks,” came the reply a little later, ‘very motivational!”

This tip can also be used by leaders who often have calls with team members to talk through an issue or situation.  Simply texting back a summary of the key words they use can help them to assess what’s important, review their own language or reflect on their feelings.

If you would like to develop your leadership coaching skills contact us at info@changeformation.co.uk or call us on 07840 323585.