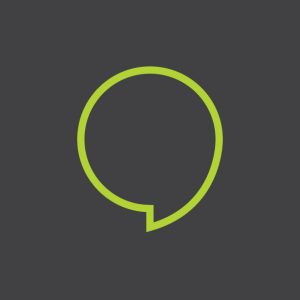 The Coaching at Work Annual Conference took place in London last week.  Keeping up with the industry’s thought leaders, refining my practice and contributing to the development of the coaching profession is very important to me, so I was keen to attend this event.  This article contains a short summary of the key points I picked up from the sessions I experienced.

Could this be the new phrase to replace ‘OD’ (Organisational Development)? Professor Peter Hawkins’ keynote speech put the case for coaches to work with executives at the level of the ‘systems’ in which they are a player.  He argued that, to be truly effective, leadership coaching needs to take a more holistic approach to the organisation.  He gave an example of how a Chief Exec could set some excellent objectives for each Board member but might be causing counter-productive, even conflicting, behaviours as each strive to achieve them.   He proposed that working with the Board as a team and focussing on the systems they have and need for success will lead to greater coherence and success.  An interesting point when, at this level in many organisations, each Board member might have their own coach rather than one coach for the team as a whole.

Although you might assume that Network Rail (NR) has a culture of directive, ‘point and tell’ management given its engineering and construction focus, Diana Hogbin-Mills, Head of Talent and Executive Development, described how the introduction of coaching is influencing the evolution of the culture.  She described her approach to bringing coaching into NR and how she has combined the use of external professional coaches with the development of a cohort of internal coaches.  I found her session very useful as I work with a number of clients in the rail industry and it was reassuring to see the acceptance of the coaching approach.

“Who are you?” was the opening question from Julie Starr, a coach and author, in her keynote speech.  The answers from the audience included “a 40 year old man”,  “a woman, wife and mother”, “a happy person”.  Julie’s point was that we often define ourselves by what we’re DOING rather than WHO we’re BEING at that moment.  Her speech focussed on highlighting how coaches bring ‘themselves’ into their coaching relationships and that we need to be skilful to be working in the present moment with our clients rather than allowing all the influences of ego to detract from our effectiveness.  Julie’s presentation was really interesting and thought provoking.  I will ask the “who are you?” question with a richer perspective.  How would you answer it?

In this workshop, led by Alister Scott and Neil Scotton, we explored the concept of ‘legacy’ – a key leadership concept.  In a series of activities, we reviewed our own desired legacies and the benefits of being clear of our intentions.  The session prompted me to think of my clients who are working on their visions and strategies for their organisations.  What will be the effects of their work, long after they’ve moved on?  There are definitely some coaching questions in there!

As I hoped, the Coaching at Work Conference gave me new insights, new information and new energy.  It was a really enjoyable learning experience.

Coaching at Work is a magazine which focusses on exactly what it says on the cover!  Read it by following this link: http://www.coaching-at-work.com