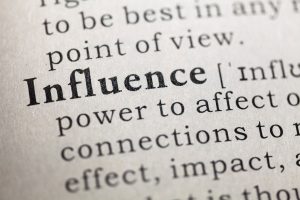 BG wanted to be more influential in his organization. He had commercial ideas that he was keen to implement and could detect that the scope of his role could be at risk unless he could prove his value to the Board. He was commercially successful, hitting targets and a competent negotiator. However, he came across as eager to please and spoke at such pace that he often tripped over his own words.

We undertook a 360 feedback exercise to take into account the views of the stakeholders in BG’s success. During the following 3 coaching sessions, we explored areas such as BG’s drive to ‘please others’ , his communication style and its effect and the difference between his confidence with customers and his nervousness with senior colleagues. We worked on slowing down the pace of his speech, practising pausing before answering questions so he could organise his thoughts before speaking. BG identified some opportunities to practise while doing his job. He put immense effort into his development.

In four months the difference was noticeable. BG’s appraisal stated that he had “improved communication skills… and a developed awareness of personality traits and how they affect relationships and objectives”.

He transmitted a greater sense of self-confidence in his communication style and appeared much calmer.

Moreover, BG was given an employee award by the Board for his dedication and achievements.

He has recently been identified as a candidate for a more senior role and will be fast tracked through the interview process to meet with the Chief Executive.

The business case for Insights Discovery

How to turn Insights Discovery from an exercise in self-reflection to a powerful performance optimisation tool.