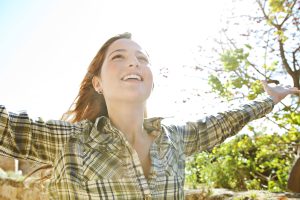 SJ was a quiet, diligent and knowledgeable senior manager in a specialist role.  She had been promoted on the basis of her technical expertise but had been identified as someone with talent and potential in her organisation.  She was taking part in a leadership development programme we were running and there was an element of executive coaching included.  SJ was able to choose her agenda for the coaching, based on her development needs uncovered during the wider programme.  She had come to realise that she lacked the confidence that would support her performance in the presence of the senior Management Board members, with whom she had plenty of contact in the course of her role.  She wanted to change this with the support of our coaching.

We turned the focus to her feelings in the presence of the senior leaders.  She found out that she was not clear of her rights in their company.  Was she allowed to question decisions or even disagree openly?  This uncertainty had led her to actively avoid the parts of the offices where these leaders were based!  We probed further and SJ revealed that she had been ‘taught’ to defer to authority figures from an early age and this lesson still stuck with her.  We worked to identify this limiting belief and called it her ‘gremlin’.  Then, we found ways for SJ to reduce the influence of this gremlin.  SJ called this “losing the baggage”.

After a few months SJ’s confidence had increased markedly.  She was able to fluently present to the Management Board and gain their support for her ideas and proposals to benefit the business.  She held a number of challenging conversations with her own senior manager while maintaining the results, respect and relationship.

In parallel with her development at work, SJ decided to apply the “lose the baggage” mantra at home.  Privately she identified that her previously lower self-esteem was because she was heavier and less healthy than she wanted.  So she started a new health and fitness routine and lost the 2 stone she wanted.

SJ now runs her own business – testimony to the confidence she gained and the hard work she put into her development.

Could you or your organisation's executives benefit from our coaching expertise?

Are we working well together? – Here’s a way to find out

Now that your team members have been performing their roles in different locations from each other for some time, it’s […]